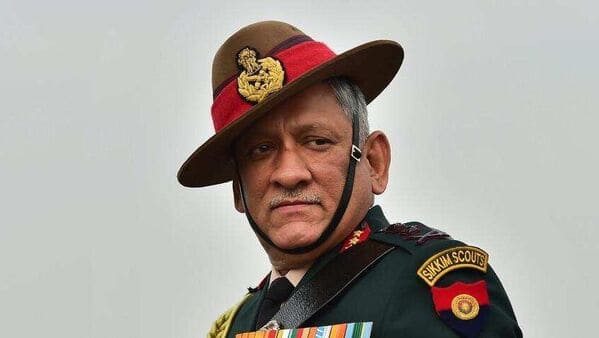 CDS chopper crash: The Court of Inquiry has ruled out mechanical failure, sabotage or negligence as cause of chopper crash that killed CDS Gen Bipin Rawat, others, according to news agency PTI.

According to the report, the Indian Air Force said that tri-services court of inquiry into chopper crash has submitted its preliminary findings.

Chief of Defence Staff General Bipin Rawat, his wife and 11 other defence personnel lost their lives in the military helicopter crash in Tamil Nadu’s Coonoor on December 8.

General Rawat was on a scheduled visit to Defence Services Staff College, Wellington to interact with the student Officers.

The Air Force Mi-17V5 helicopter, in which the CDS and others were travelling, took off from Sulur Air Base at 11:48 am on December 8 and was expected to land at Wellington by 12:15 pm.

Air Traffic Control at Sulur Air Base lost contact with the helicopter at approximately 12:08 pm.

Subsequently, a few locals spotted a fire in the forest near Coonoor and rushed to the spot where they observed the wreckage of the military helicopter engulfed in flames.

* Thank you for subscribing to our newsletter.

Chandigarh Life is a portal designed for Chandigarhians. Read Latest News from in and around the City Beautiful. Get Your News/Article Published For Free.